We picked a bunch of black berries the other night, and decided that we needed to do something a little different with them (we have been eating a lot of berries!) 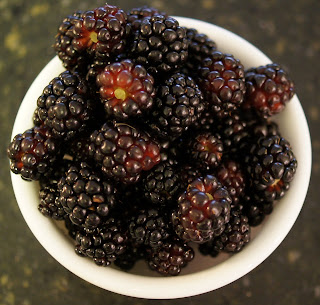 I decided that it couldn’t be that hard to make up a syrup recipe (I could have googled one, but I didn’t want to worry about whether or not I had the exact amount of berries.) I used 1 cup of sugar and 1 cup of water, brought those to a boil and then added a 1/2 tsp of vanilla, some salt, and then the berries. 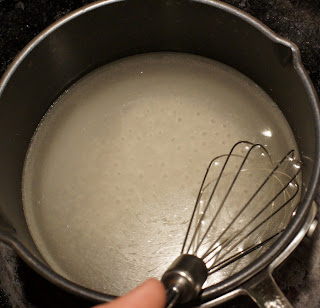 Isaac (my son) stirred the whole thing until the berries completely broke apart and then I stirred in some cornstarch that I had mixed with water so it wouldn’t get clumpy. (I just added a little at a time until the syrup was the consistency I wanted.) Next I passed the mixture through a strainer to get rid of all the seeds, and what I was left with was a lovely red syrup! (I’m not sure why it was red – as soon as the berries hit the boiling syrup they turned bright red and they looked like raspberries!) 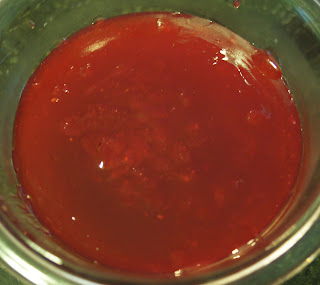 I decided that it tasted a little too sweet so I added a little lemon juice, and it was perfection! So, what do you do with perfection? I made puppy eyes at my husband and he made Belgium Waffles for us all (he has this really great recipe that involves folding egg whites into the mix and it’s awesome!) 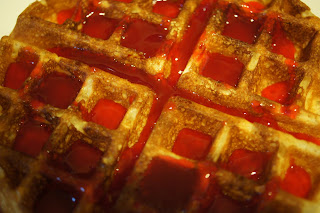 So we had breakfast for diner, and the kids thought it was awesome! I wish we would have had some whipping cream, but the waffles were so custardy and yummy it wasn’t like they needed it for anything other then to look pretty.