We are going to visit my mom in the next couple of weeks, but first my Hunny had a business trip that would take him through NYC and Philly. Since the kids and I were all off of school we decided to go with him for the little get away. On the morning we left I harvested a great bunch of raspberries from our bush (they were freshly rained on and so sweet!) 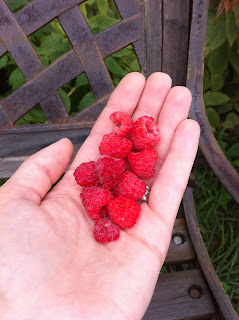 Since we were driving, we left with a few days to spare so we could do the trip in a couple of legs; the first day we were off to Dover Delaware, and then on to New York. We booked a few nights in a Luxury Hotel Brand in New York City
as we wanted to make it a special trip. As a special surprise pilgrimage for me, the first thing we did when we went into NYC was go to the Garment District and visit a few of the fabric stores there. As a fan of Project Runway we HAD to pop into Mood fabrics and pick up a few things. I got some silk velvet that will hopefully work into a ball gown that I am making for a military formal we have coming up, some wool fabric that I want to make a purse out of, a few fun trims, a painted leather remnant, and Paul bought me a Mood work apron with Tum Gunn’s signature phrase “thank you Mood” printed across the front. 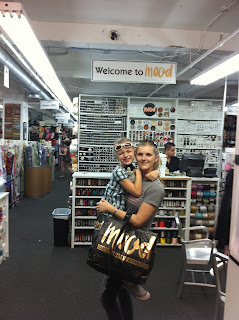 We wandered over to Battery Park and took some pictures of the Statue of liberty, but decided not to do the ferry over to Liberty Island since the line wrapped around the block (I don’t have any pictures from the good camera uploaded to the computer yet, but the telephoto lens really showed a lot of detail, so we let the kids look at the statue through it as if it were binoculars so they could see the lady’s face.) I think we might stay at one of the staten island hotels next time we come, just so we’re nearer to the Statue of Liberty if we do decide to go and see it. If you want to go on the Staten Island ferry, I’d recommend getting up early! 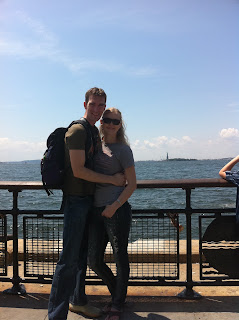 We saw the empire state building too, but weren’t particularly interested in going up (I admittedly get vertigo in tall buildings.) 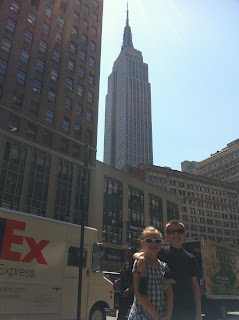 We then took the subway to the Museum of Natural History (which is nothing like “Night at the Museum.”) During the long subway ride both kids fell asleep which I really think refreshed them for the rest of the day. After the museum we walked through Central Park which really was an oasis in the city. 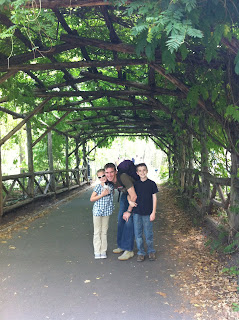 Paul proved once again that he is the BEST by surprising me with a visit to Tiffany’s and a little blue box of my very own filled with a signature “return to Tiffany’s” pendant (we tried for a bracelet but they were all too big for my wrists, I have little bird bones and large chains just don’t work for me) 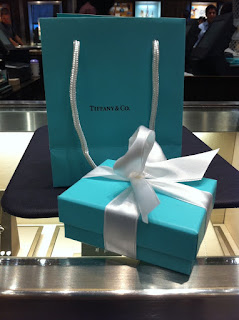 Anyway, I know this was not really a craft post, but going to fabric stores makes it sort of relevant right? Anyway we have had a lovely few days and aren’t even done yet!