I wanted to start off saying thanks to all the people who have followed me recently, welcome! I hope I am exciting enough to keep your interest (tell your friends!)

The kids are on spring break now, and I am loving having them at home! Isaac went with Paul to work yesterday, so Emmie was my buddy all day; we went to the fabric store and got the last of the stuff we needed to make the drapes for her Room in Korea, and she kept me company in the studio while I sewed them. (She was watching episodes of Bob Ross on DVR and painting happy little trees.) Today Isaac was home with me while Emmie went to work with her daddy, and he mostly just wanted to sleep in and watch TV, there is either a huge difference between the ages of 9 and 11, or boys and girls, because they couldn’t be more different in the way they want to spend their time with me!

I had a dental cleaning this morning, and I got my clean bill of teeth signed for my medical clearance for Korea, Emmie is pretty excited for her dental appointment tomorrow, (Isaac went yesterday, and it has been determined that braces are in our very near/immediate future with him. We knew it was coming, but this tween thing is getting here so fast!) Emmie has what I would consider to be an unhealthy love of the dentist. A family member once visited Smiles by design in Syracuse and she’s been obsessed with the dentist ever since! She actually potty trained herself at age 2.5 just so she could go to the dentist, and she has always loved it. (Hopefully she gets good news too, but I suspect that there might be some cavities in that little mouth that we will need to get fixed before we leave the country!)

Anyway, onto Isaac’s Footlocker – I am pretty excited with how it turned out, (part one is right here)

Paul made the base for me one day while I was at school, it’s simply pre-made bun feet screwed into a pine piece of wood cut to length (it was already the right width when we bought it.) I painted it black over a green that Paul painted it, and then I sanded it to show a little of the green. I am not sure I like it since it’s a much lighter black then the trunk, (it was what I had on hand,) but I might try for the undertones of khaki on the peely bits of the trunk, on the base and feet at a later date, for right now I was in get-er-done mode. 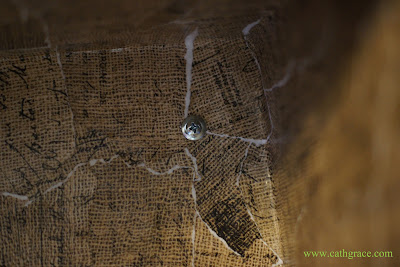 To attach the base, we screwed from the inside of the trunk into the wood and feet of the platform, putting one screw in every corner. 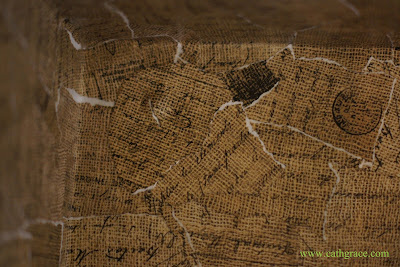 After the screw was in, I simply hid it with an extra bit of paper and some modge podge. It’s obviously a little bump up close, but at a distance you hardly notice it. 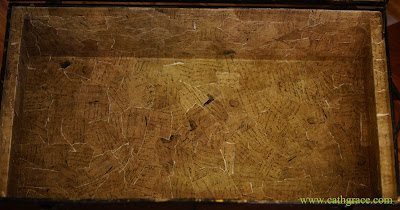 The next task was stenciling the outside with military-esque information. We came up with a fake WWII style serial number (It means he enlisted in the Army Air Core in DC) and added the sort of information that would have been on the footlocker of a serviceman. 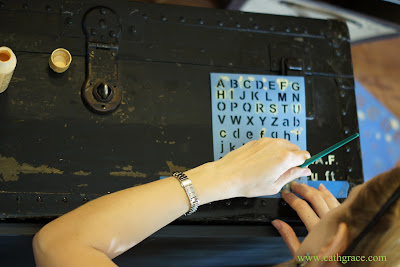 I used tape to make sure I got my lines straight, and 2 different sizes of stencils, (with acrylic paint) I really liked how it turned out.

After sanding the letters back a bit and 2-3 coats of varnish, his footlocker is ready to do duty at the bottom of his bed (holding important Lego bits no doubt.)

Here is the before (it is already on the platform because I was lazy and didn’t take a picture before then.) 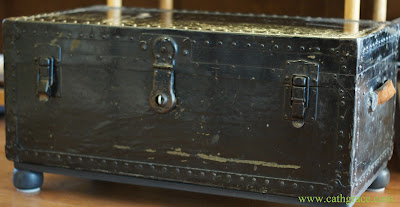 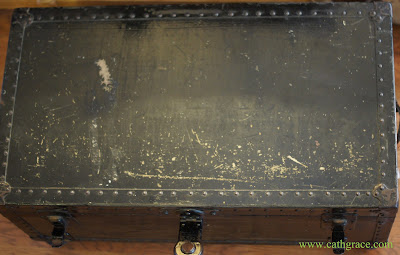 And here are the after pictures…… 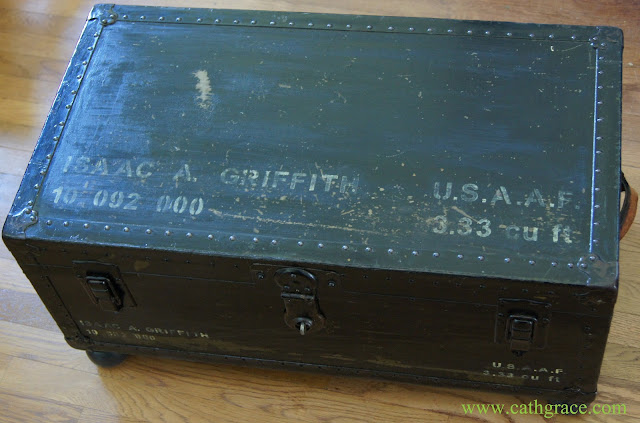 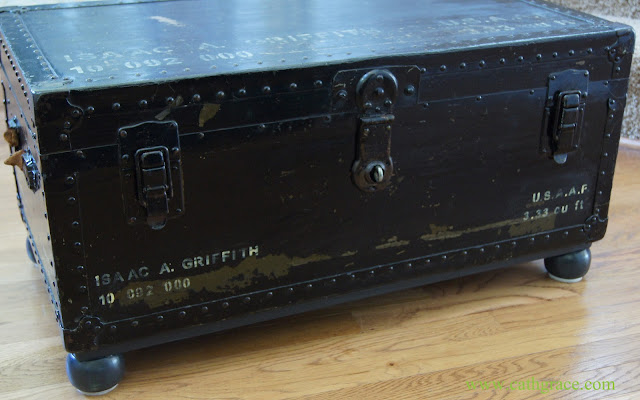 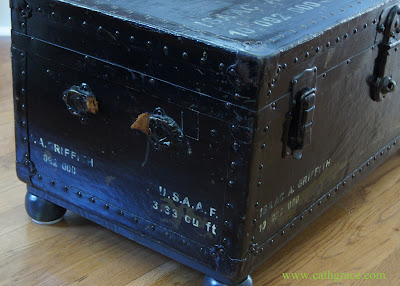 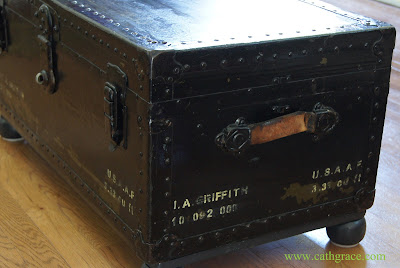 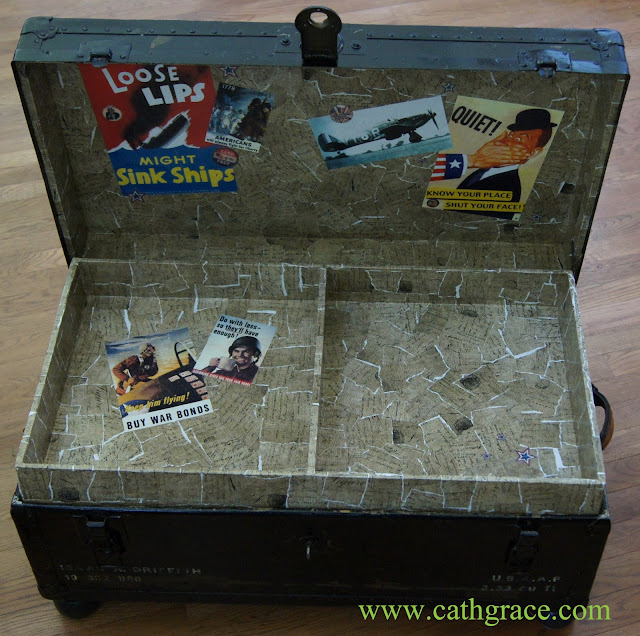 Isaac was the most excited about this process, he can’t wait until he is allowed to put things inside of the trunk (right now I am using it as storage for his future bedroom stuff, it is holding duvet covers, framed pictures, and his curtain panel that I made last weekend.) I think all kids like personalized stuff, and Isaac is certainly no exception.

I honestly only have photographs of the process again, because Paul thought to take them, he also took pictures of me making liners for some wire baskets for Isaac’s room (although he wasn’t home when I made the laundry basket liner, so no in-process pictures there, but I will try to show an after picture later this week.) Last weekend I made Isaac’s curtain, laundry basket liner, 4 basket liners, a skirt for Emmie, finished his trunk, and worked on Emmie’s curtain’s (which I finished Monday) wouldn’t you know it, but the only things I have pictures of are the one’s Paul took pictures of for me! He’s definitely a better photo journalist than I am, since I never want to slow down to take pictures………. I get so much more done when I push through!!! Anyway, I’ll try to take some *after* shots anyway, I might not get to real pictures of the curtains yet, since they will look much better on their intended rods in their intended rooms in Korea, (right now I have been previewing them on my living room curtain rod, which is about a foot shorter than I intend to hang the curtains in our apartment in Korea) But I will have a tutorial for the basket liner since I DO have those photos.