I made miss Emmie a new swimsuit before we came out to Arizona, with the intention of sharing it on Project Run and Play as one of their Summer guest bloggers. 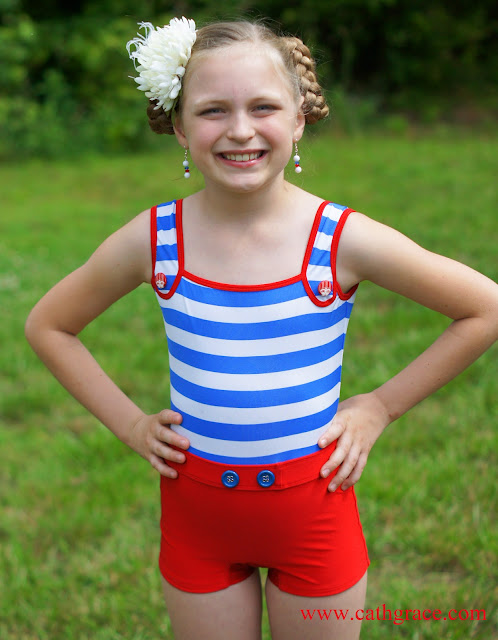 I was supposed to be sharing the suit with a cover up tutorial, and after making the cover up I decided to go a different direction and do the sundress I shared instead. 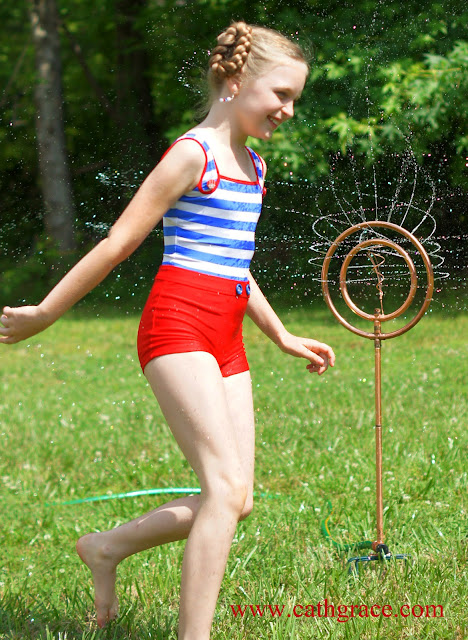 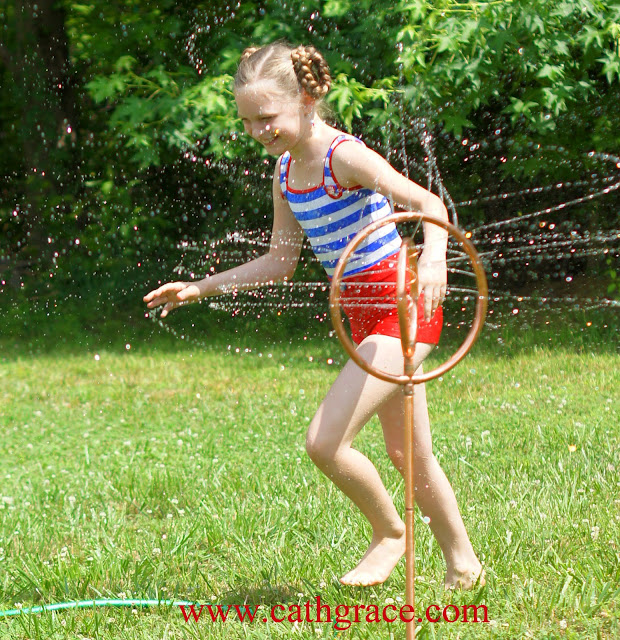 (There was nothing wrong with the cover up, it was just s sort of generic maxi-dress in french terry, and I just felt like it didn’t really scream “my style” or go with the adorable swimsuit. I have a tutorial about it to share, so you will probably see it making an appearance here at some point.) 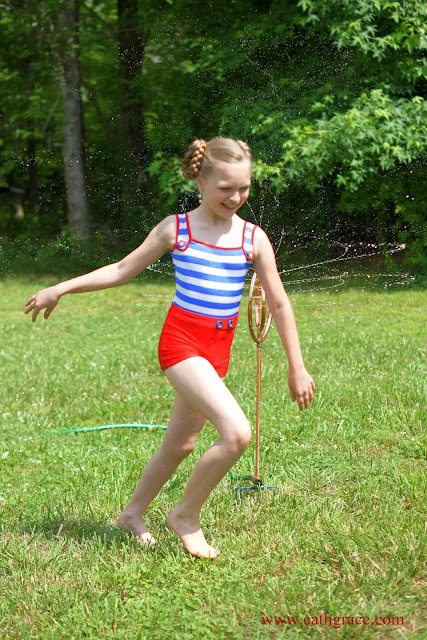 I don’t have a tutorial for the swimsuit because I was honestly just plowing through it in order to share the cover-up tutorial while planning the move, but it turned out so cutely I wanted to share it anyway! 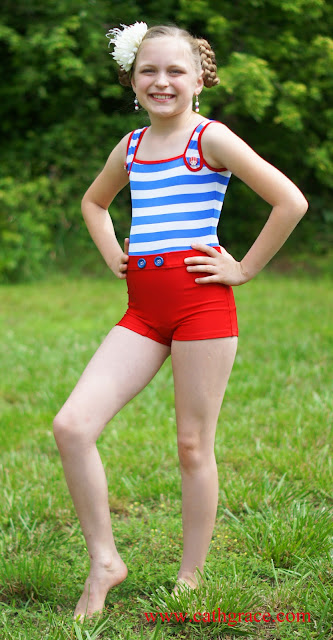 I made it with the intention of her looking like a little French sailor, or something, but after I made it, it suddenly struck me that she sort of looked like an old fashioned circus strong man too!

All she’s missing is the handlebar mustache!

This suit was made entirely of scraps and leftover things from my stash, as that was my rule for Summer sewing this year, as I needed to pare down somewhat for the move!

This poor child was freezing when I used the only water I had access to for the photo shoot, to make her look summery, I had her run through the sprinklers when it was “only” 75 degrees outside at the beginning of June, and you would have thought I was asking her to do it during an arctic Winter she was avoiding the water so much! 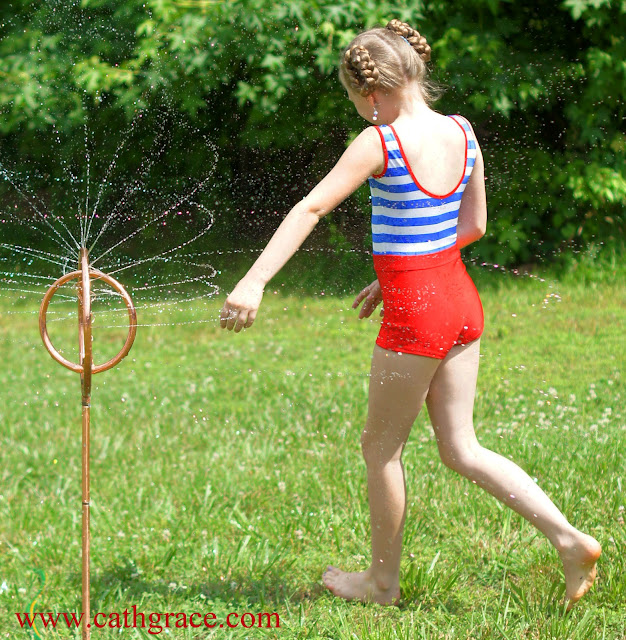 After which she promptly sat herself onto the sun warmed driveway soaking up the heat! 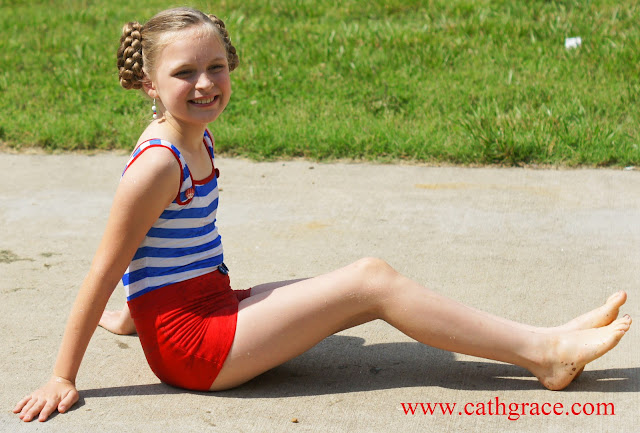 So I pose the question to you, do you see sailor, or strongman? Hopefully you see cute too, but I can’t quite decided which genre this actually looks like it was inspired by!

I’m in Arizona at my mom’s house today supervising swimming children, while Paul is back home in Richmond supervising the last of the movers who came to the house to pack up the very last of our stuff. Everything that didn’t go on the light weight fast ship, or into permanent storage for the next 3 years, is now packed up and ready to go to Korea by slow boat – so hopefully we will be seeing it all 2-3 months from now. (We will be arriving in Korea before the end of July without our car for at least a month and our furniture for at least 2 months.) I’m intentionally vague about dates because we fly via Patriot Express, and I never like to say too much in advance about exact troop movements just in case someone gets irritated with me for doing it! But I will let everyone know what is up as we go!

2 comments for “Is She a Sailor, or a Strongman?”