I’m having a giveaway here if you haven’t entered it yet!

So a few months ago I was given a wreath by the Osan Officers’ Spouses’ Club with the intention that I decorate it, and return it to be auctioned off at a fundraiser. The wreath was just a plain grapevine wreath that for some reason was painted bright grass green (I’m not sure why but almost all the wreaths at the flower markets here are painted grass green rather than being left natural) I forgot to take a picture, but I fiddled with the color of a wreath picture in photoshop to give an accurate impression of what the wreath I was given looked like……. 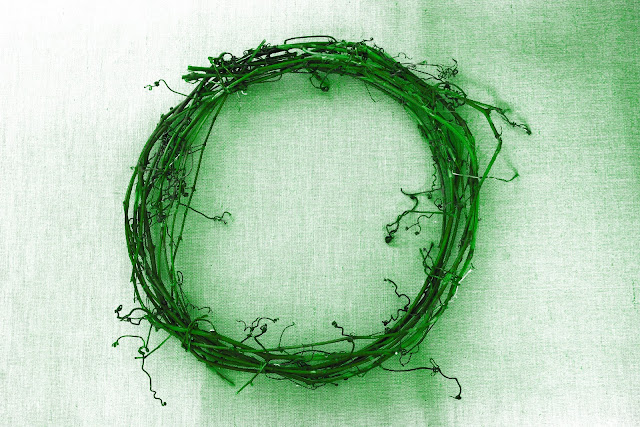 So what to do with the very large, bright green, plain wreath I was given? There’s no Michael’s or Hobby Lobby to pop into, and I didn’t want to spend a fortune shipping myself something, (plus craft stores take 6 weeks to ship anything here) So I went onto pinterest looking for inspiration and I found this pin,

I was in love, and knew that this could be done with my green monster! I started off by spray painting the wreath brown (with brown spray paint bought at the base exchange designed to be part of a camouflage color set, I SWEAR there is sooo much combat crafting done here.) And then I needed the pine-cones. You know those cinnamon pine-cones they sell for $4 at the front of Joann’s? Don’t take those for granted any more, because they don’t exist here, no convenient little bags of pine-cones all sitting waiting to be crafted with.

Instead I made my family bundle up and wander through the woods here looking for pine-cones in the rain. (the rain bit wasn’t required for the process to work, just an accidental added bonus) I kept trying to find open pine-cones, but they were all so tightly closed up I was getting frustrated (and wet.) Eventually we brought home what we could find, even though I was hoping for pretty open ones. When we got home with grocery bags full of wet pine-cones, I got worried that they would mold; I decided to put them in the oven on a cookie sheet at the lowest temperature with the hope that they would dry faster than they would on their own. Imagine my surprise when about an hour later, I opened the oven to dry, picture perfect, OPEN pine-cones! (sorry no pictures, I wasn’t expecting a Christmas miracle.) I guess when I think about it after the fact, it makes sense that heat would open them, but at the time I didn’t even think about it! I decided to not have the different colors of pine-cones in my wreath, because I thought if I kept it more neutral, it could be a late fall through the end of January wreath, so I didn’t spray-paint any of the pine-cones like the inspiration wreath.

Anyway, here is my finished wreath so that I have some pictures sprinkled in with the wordy-ness, sorry for the double pictures, I tried to save them off of the facebook auction website, (as per usual I forgot to photograph it.) and they came out small, but when I copied and pasted them they were bigger – I didn’t want to do just those though, as I have noticed that the copy and pasted pictures eventually disappear, which means I have a bunch of past posts I need to go back and fix, so instead I am settling for double pictures for now. (Like I said, I am SUPER high-tech) 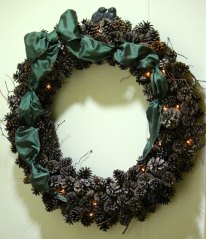 Paul and the kids collected a TON of pine-cones for me since I ran out of the ones we collected half way through, we intentionally opened these ones in the oven now we knew the trick! The lights are battery operated, and some I got from the base exchange too (sort of a military Walmart, but with much less, and way more expensive stuff.) They were attached to a vase filler thingy of sticks, so I just cut them off of the sticks, and glued the lights to the wreath before adding the pine-cones. (the birds in the background are my hook on the wall that the wreath was hung off of) 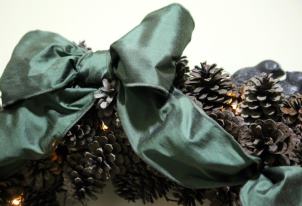 The bow was scrap silk fabric that I cut strips out of and edged by serging the edge with a rolled hem stitch and green fuzzy nylon thread I already owned. It’s hard to tell, but it’s in pieces because I didn’t have a long enough length to do the whole bow all together. I was pretty happy to make this whole wreath for only the cost of the paint, lots of hot glue, and the lights – since everything else came from a little searching, and some scraps!

I also made a couple of Christmas stockings and a table runner for the auction too, I have a picture of the table runner from the auction, but can’t show the stockings since the picture accidentally has something for the upcoming season of So You Think You’re Crafty in the background!

The runner was very  loosely inspired by this pinterest pin,

We had the auction a few weeks ago, and I was very pleased that all my items sold for very generous amounts of money, and I couldn’t be more happy that the money will be going to a good cause!

As a funny side note, Paul and the kids found an iPhone in the woods while they were looking for pine-cones, they brought it home and charged it, and we were able to call a bunch of the contacts to find out whose phone it was and return it to them! It had been in the woods, in the rain, for over a MONTH, and when we asked the young airman how he lost it, he shared that he had been so drunk one night he couldn’t make it home, and so he went to the side of the road to sleep for 4 hours. By the time he got up, and started walking home, it took him a while to realize that he had lost his wallet and phone, and when he went back to where he thought he was, he couldn’t find it. Paul took him back to the deep woods (not the side of the road where the airman THOUGHT he had been sleeping) to show the airman where he had found the phone, in the hopes that they could find his wallet too, but it was too late at night by then. Hopefully the Airman was able to go back in the morning and look in the right spot and find his wallet, and HOPEFULLY he learned his lesson about getting that drunk again! 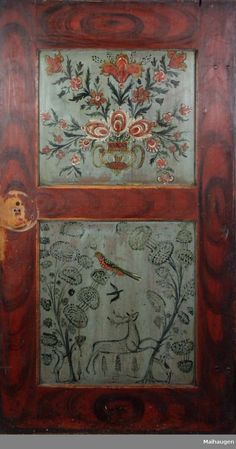 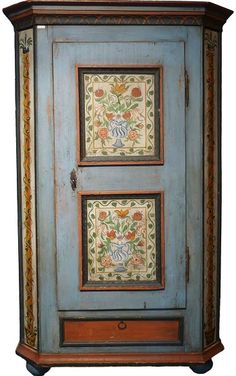 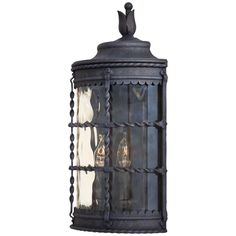 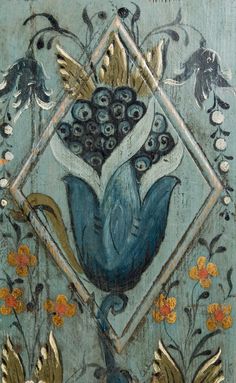 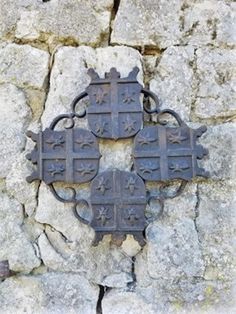