We are currently attempting to survive the last few days of school, and Emmie has the last of her social studies projects coming up on Rome. 50% of her grade is taking treats to, and participating in the end of year party (Caesar Salad and Olives) 35% is her toga for that party, and 15% is a placemat for the party. She was going to draw a picture, until I had the idea that we could make it a mosaic!
Here’s the real Roman mosaic she used as an inspiration photo, 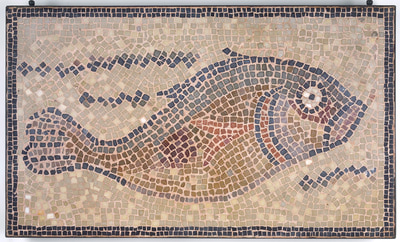 We used white watercolor paper, and brushed watered down acrylics in patches of color on the paper, and then let it dry. Next we used a rotary cutter and ruler, to cut narrow strips, that we then cut into little squares with scissors. Emmie then used a glue stick to glue the paper squares onto brown paper, and I think it turned out sooooo cutely! 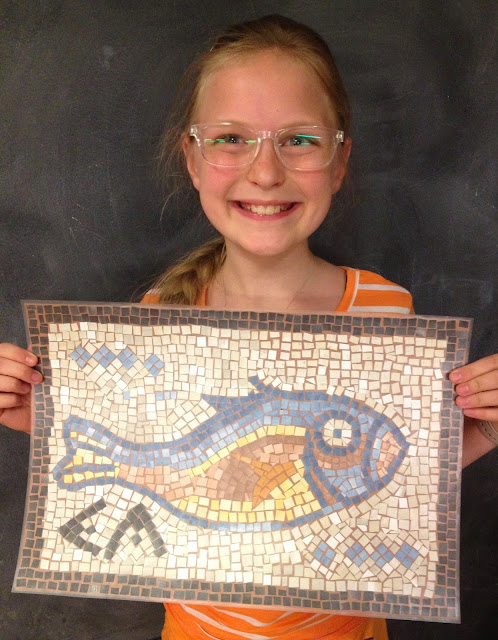 (Have I forgotten to mention that Emmie got glasses recently? I cannot remember if I said something or not.)

Not too shabby right? So fun, and (I think) she did such a good job! Anyway, we “laminated” the placemat in clear contact paper, and Emmie is so excited to take it to school for the party and show it off!

I am so excited for school to be out next Thursday, then SUMMER can begin!