Today I am sharing the Halloween costume that I might secretly like the most out of the 3 I worked on this year; (and not just because it took less work than any of the others,) but because of how *Isaac* it really is! Isaac decided that he wanted to be his musical hero Weird Al Yankovic. 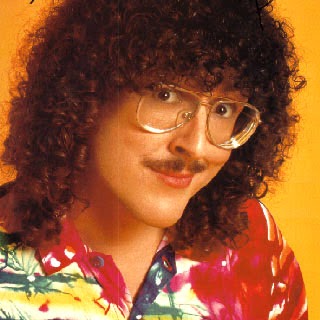 Every song on Isaac’s iPod is Weird Al, he’s obsessed with parodies, and has the same sense of humor, of most nerdy 30-40 year-old men (who seem to be Weird Al’s biggest fan base) 🙂 We even took Isaac to a Weird Al Concert for his 11th birthday, and it pretty much made his life (and was actually one of the most fun concerts I have ever been to; the man is an entertainer!) Anyway, I didn’t actually need to make ANYTHING for Isaac’s costume, I just had to collect together all the pieces. I STILL laugh every time I see the pictures, are you ready? Here’s my Weird Al……. 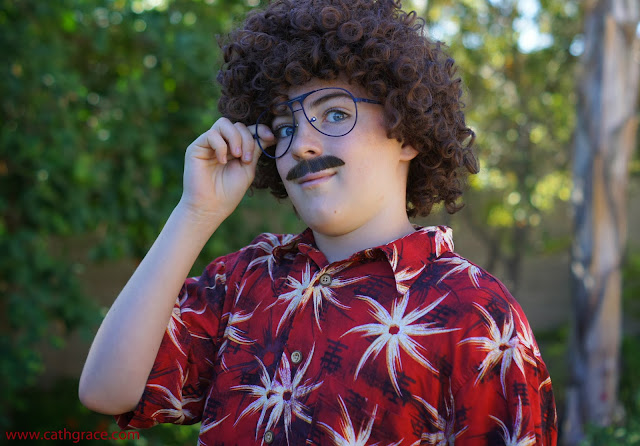 Do you not just die? It looks soooooo wrong, and yet so right! 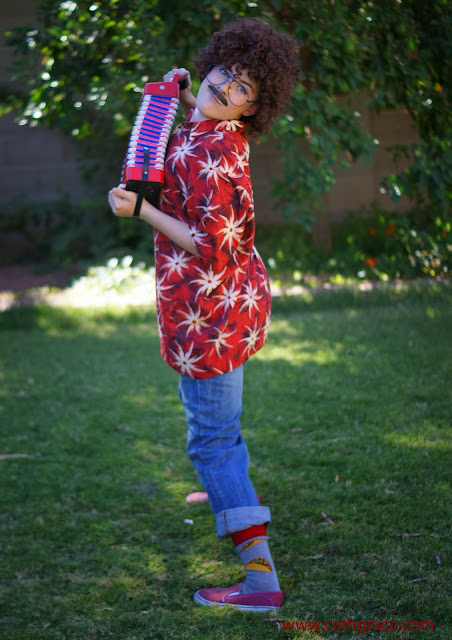 He is so funny when dressed like this! It’s not like he is an introvert usually, just a little more reserved. 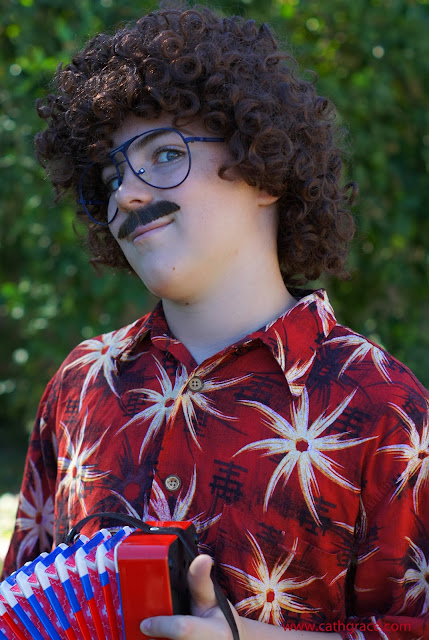 But dress him like Weird Al Yankovic, and suddenly he was a total spaz! 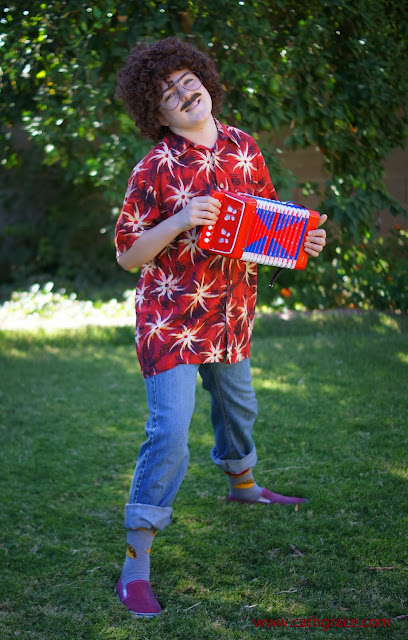 Isaac even learned to play several songs on the accordion for the occasion! (my apologies to my mom and step dad Gordon, for bringing an accordion into your house…) 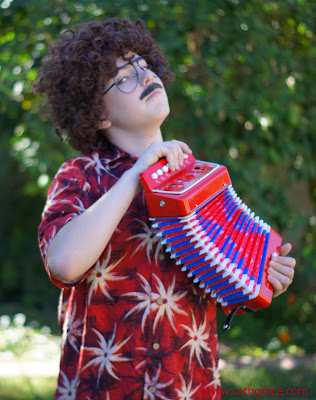 The wig and mustache came from Amazon, and the only thing I had to do was trim the mustache and fluff the wig a little. 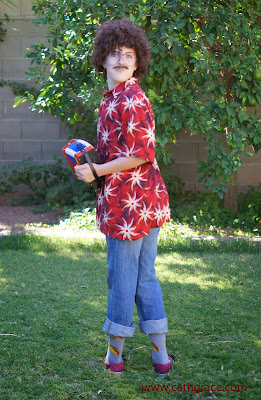 The shirt and glasses came from a thrift store, and the taco socks were from Target. 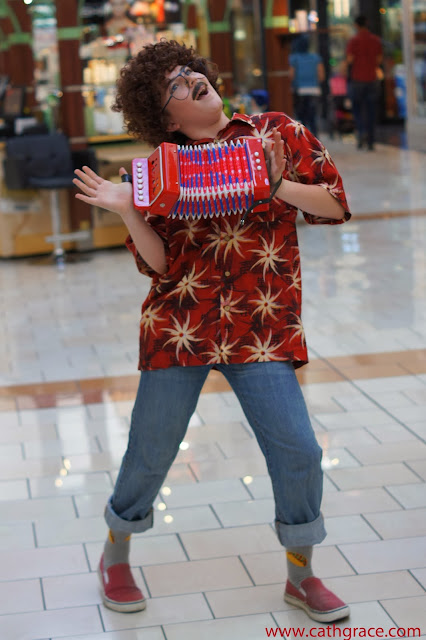 The accordion is from World Market, and is a well made children’s toy that will have a life beyond Halloween. The glasses actually started off as cheapo sunglasses at a Goodwill, I just popped the lenses out of the frames. 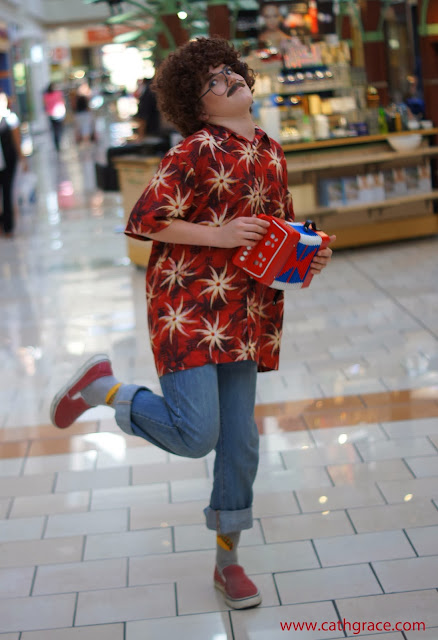 Isaac was very proud of himself when we took him to the Mall to be photographed, he said over 40 people stared at him, 5 people laughed (all 30-40 year-old men) 1 person asked if he was Napoleon Dynamite, a security guard told him he wasn’t allowed to busk in the mall, (he wasn’t busking) and he had his picture taken by 2 people that weren’t me! 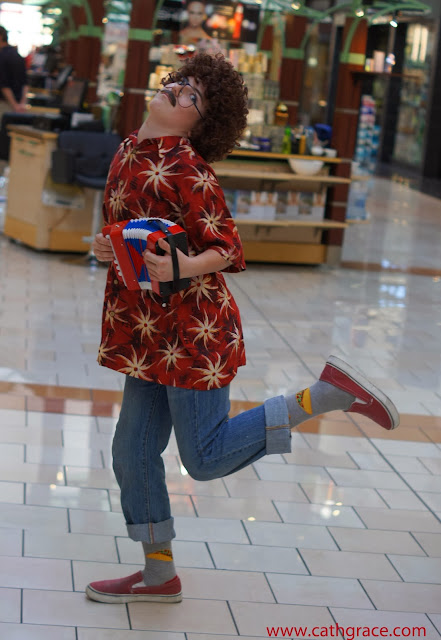 I even Paid $5 for him to get to ride a giant motorized monkey, so the day was a win! 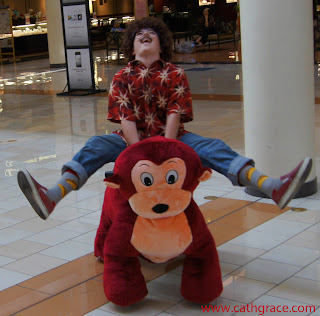 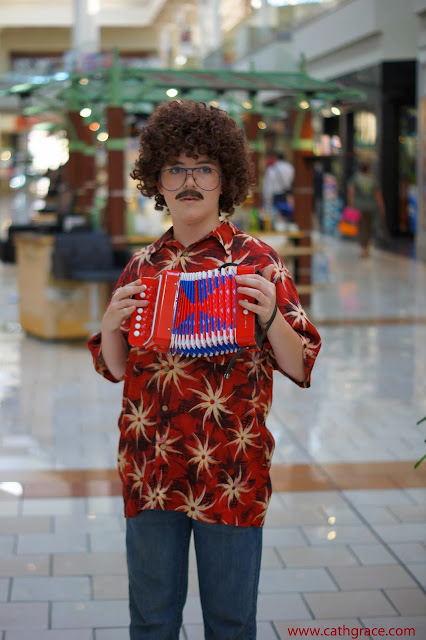 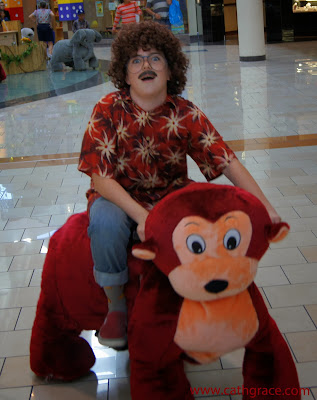 Anyway, this is the end of my Halloween costume posts, I have one more day in Spain, and then we will be moving onto Istanbul to fulfill a lifelong dream of mine, by seeing Haghia Sophia and the city itself. I am not sure what our internet coverage will look like while there, but I will try to keep up with instagram at the very least if I can.