I have been a little absent in front of the scenes here on the blog, but behind the scenes lots of work has been going on, I have a whole new blog design that is only days away from being able to be put online (which I am super excited about) and I am working to make sure all of the tutorials are up to date etc.  BUT that doesn’t mean I still haven’t been making things (a Ken doll t-shirt yesterday, because Emmie was over Ken in just his swimming trunks all the time, Ken thought he looked HOT, but we decided abs were so last season…..)
ANYWAY, today I made a fun, and super quick project for my kitchen, a French Pig Sign, made out of a cutting board, 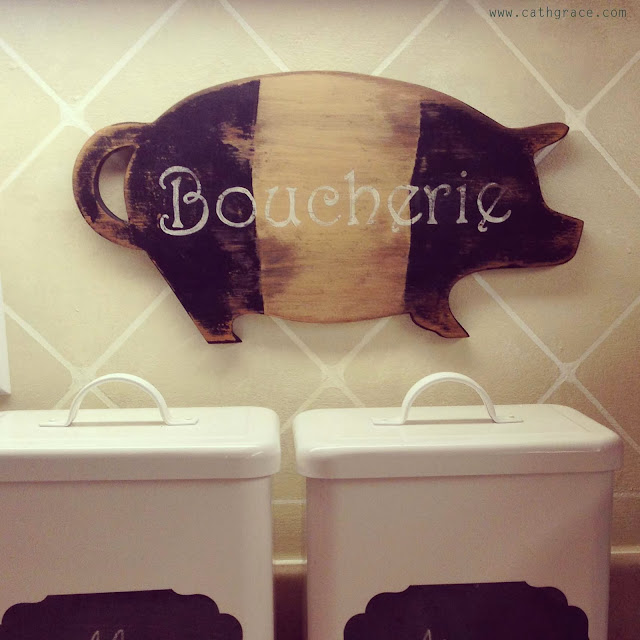 The cutting board is one I got here at the BX (Base Exchange, sort of a “mart” type store on a military base.) It was on clearance as part of a summer sausage, mustard, cracker gift set. The set was originally $20 before the holidays, but now it was on Clearance for $5. It was made from bamboo, and shaped like a pig already. 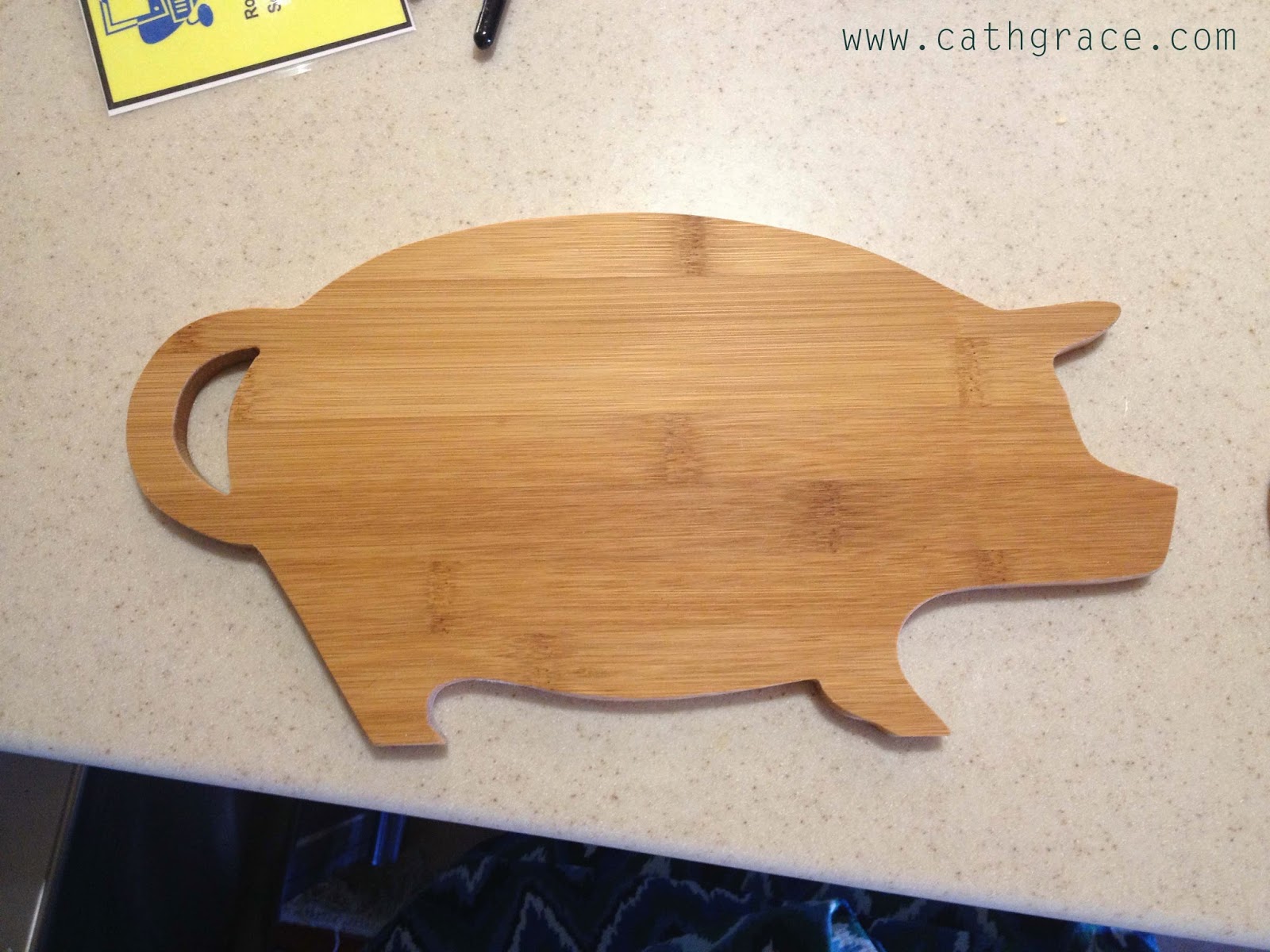 I began by using acrylic craft paint to paint a beige stripe up the middle of the cutting board, I am only painting one side and the edges; the back is staying plain so it could theoretically still be used as a cutting board. I didn’t have to do anything to prepare the surface, and the paint stuck just fine. 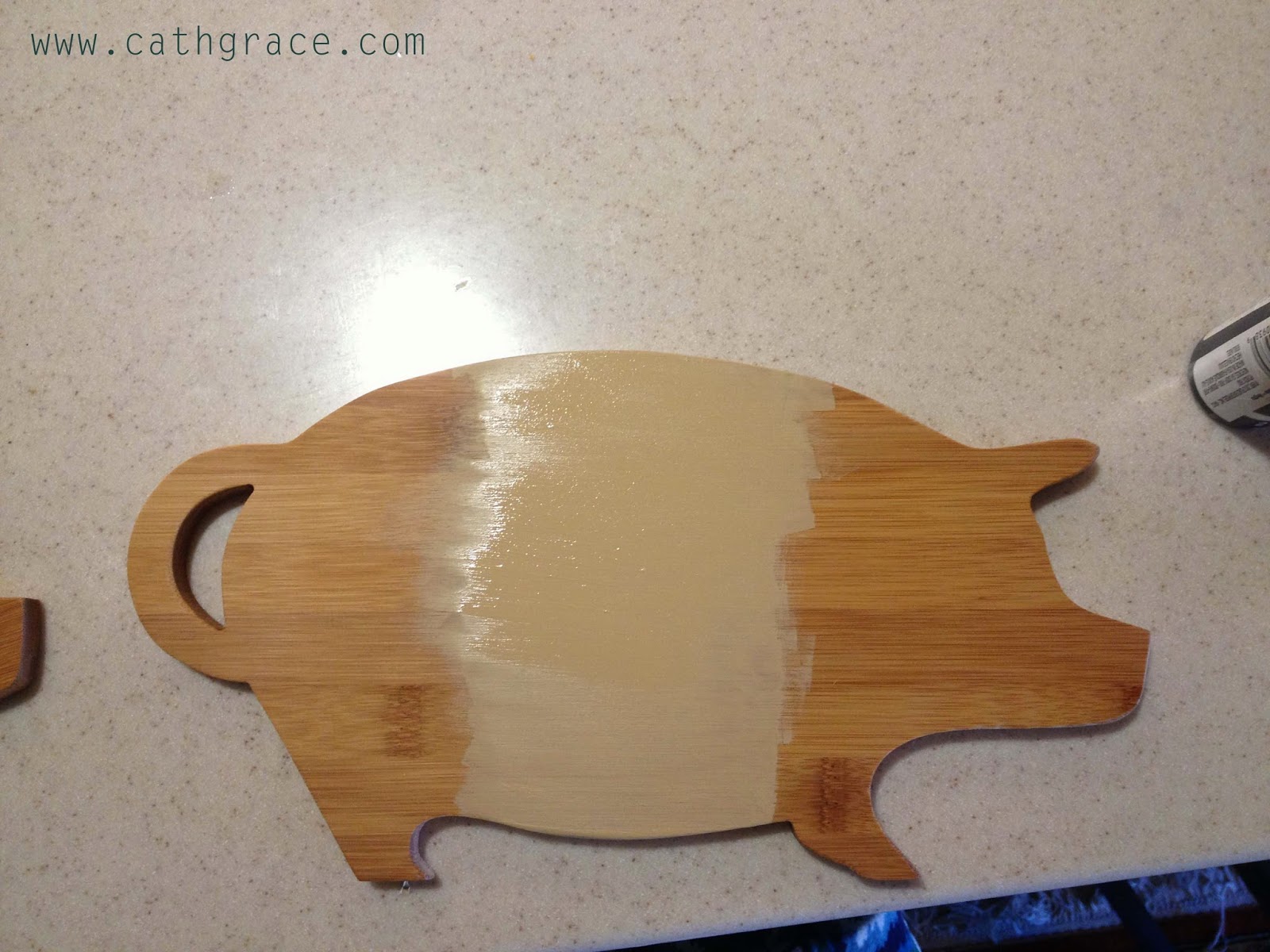 After I let the beige dry, I painted the head and booty of the pig in black, (I have a picture of that later on.) And then I printed the french word for “butcher/s” out onto white paper, (ignore the fact that I need new black ink for my printer, as I clearly am ignoring it…) 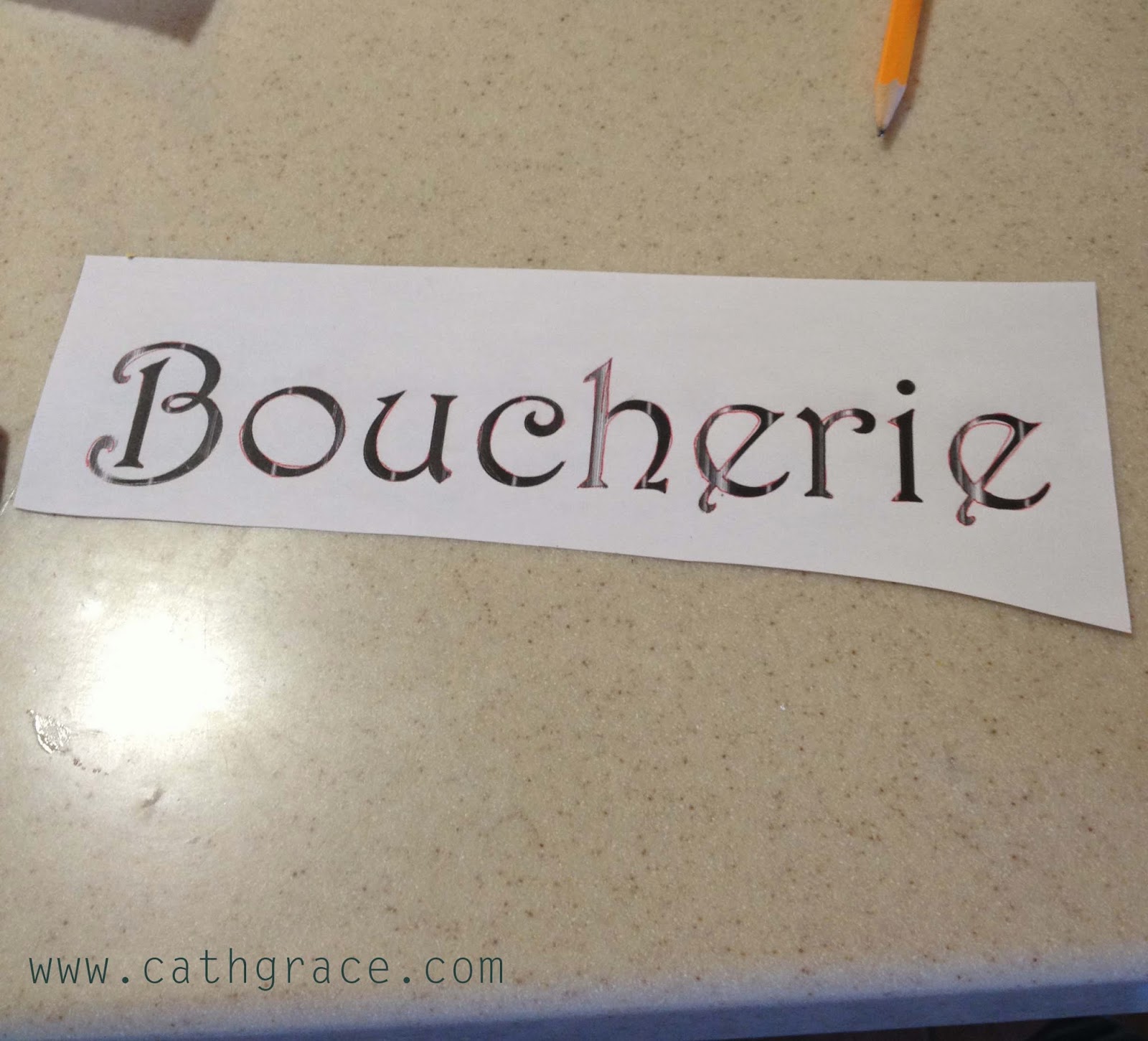 and then scribbled on the back with pencil, 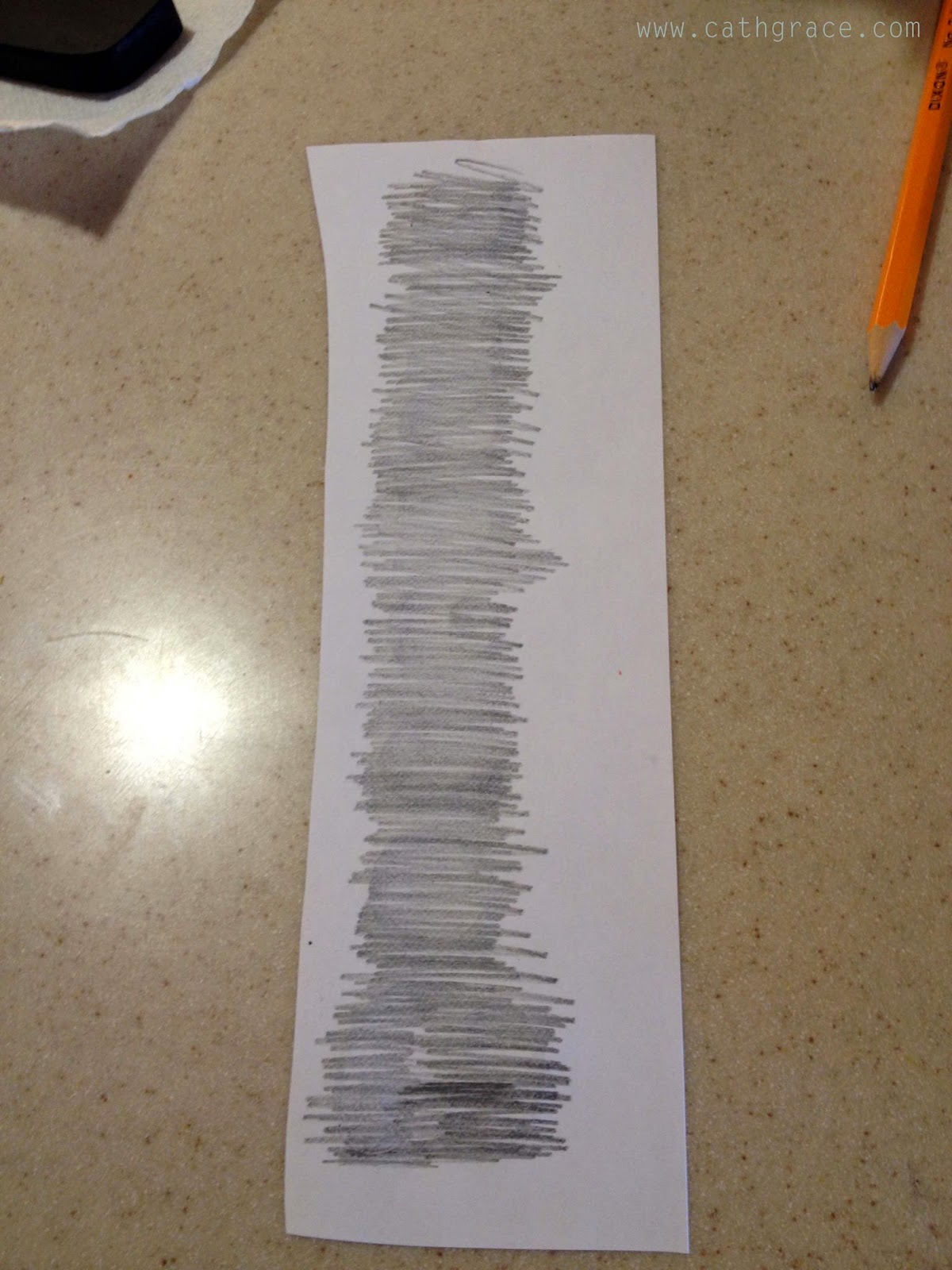 so that I could use the pencil lead as a transfer method. I just put it on the pig, and pressed hard on top as I traced all of the edges. (as you can see, I was making 2 of them) 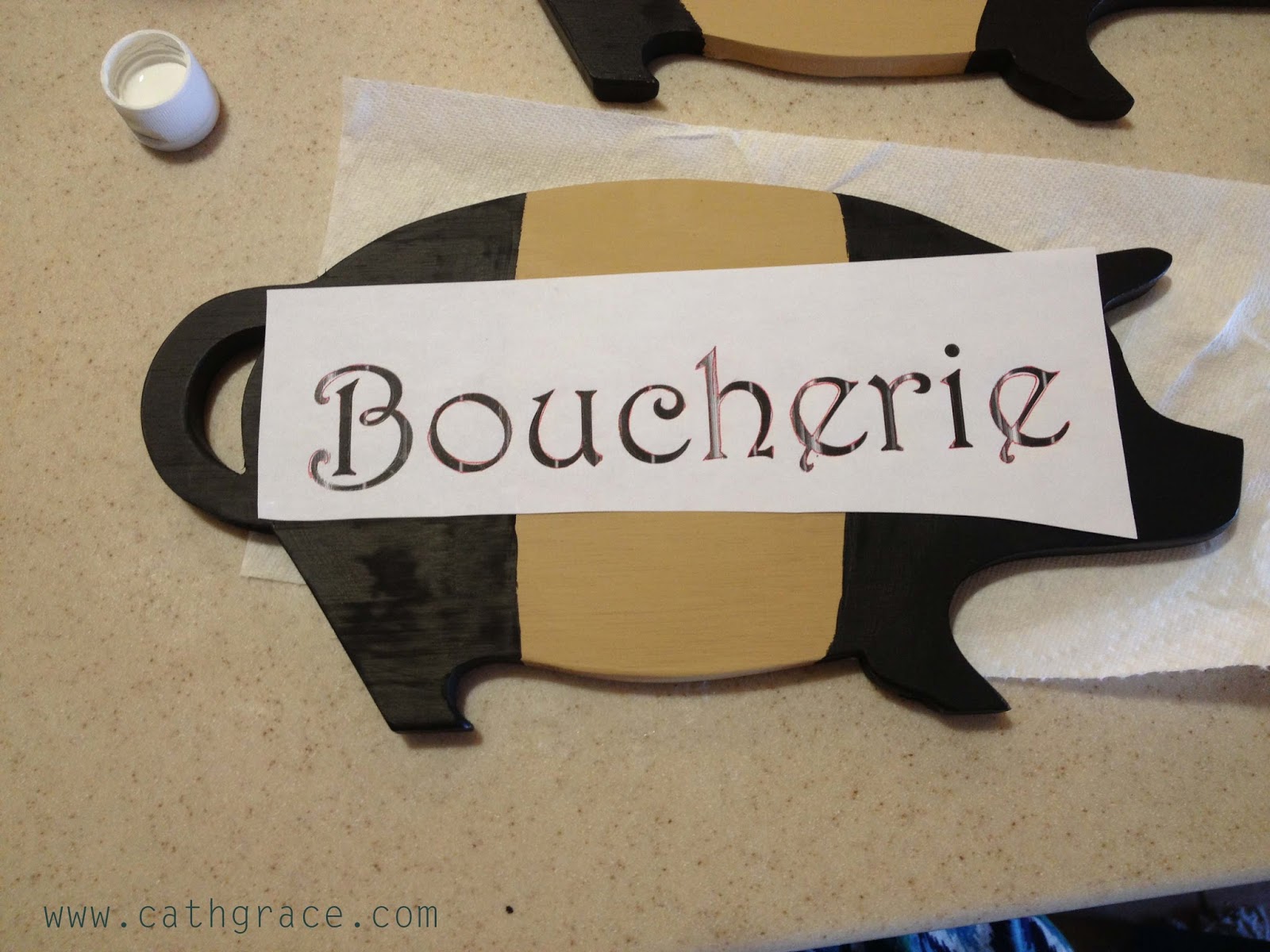 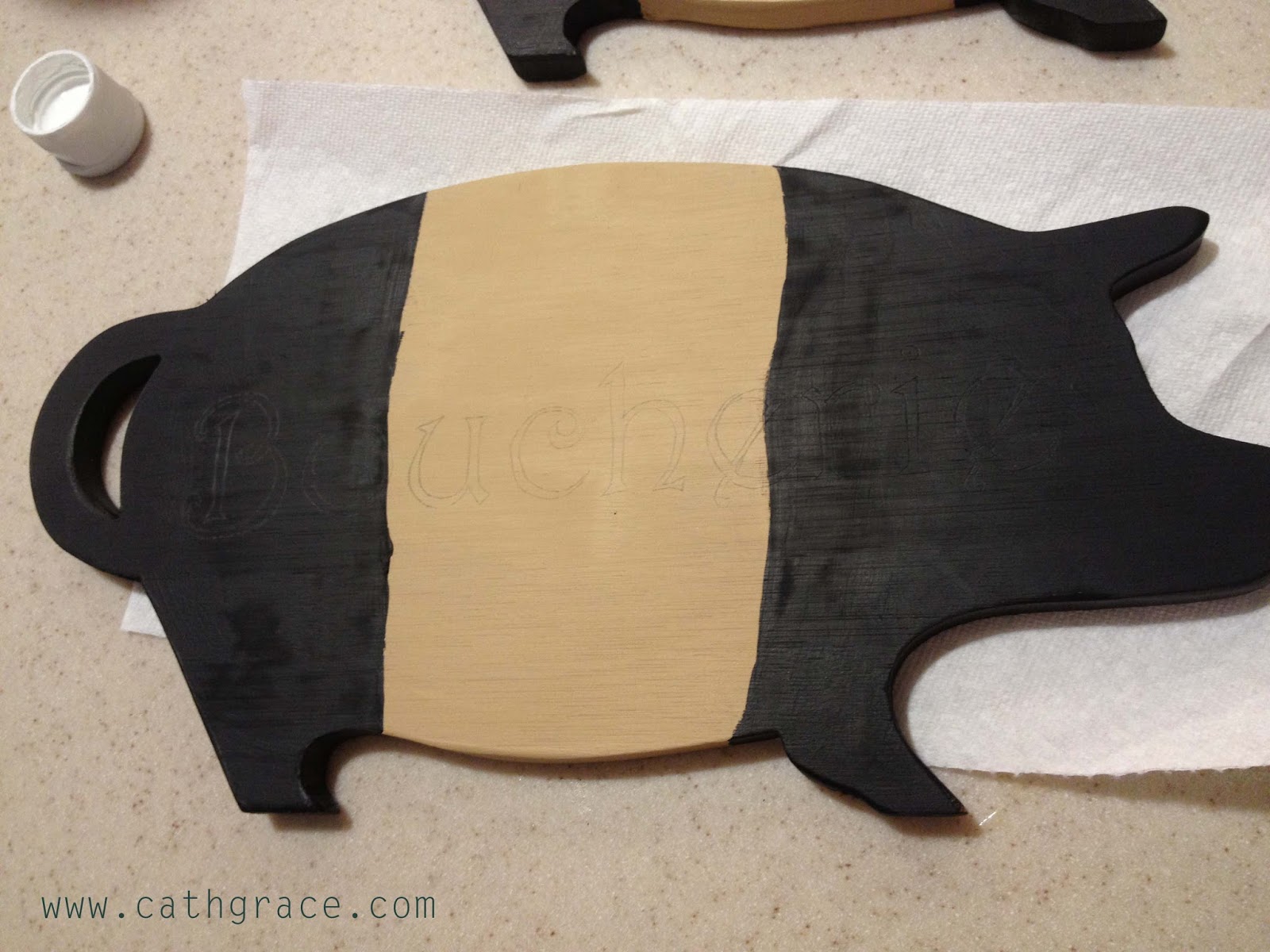 On the black the lead is faint but still visible, but on the beige it was pretty clear to see.

Once the pencil lines were transferred, I just painted the letters in with white craft paint, and a tiny brush; as you can see, nothing was perfect, but rustic is just fine for this look! 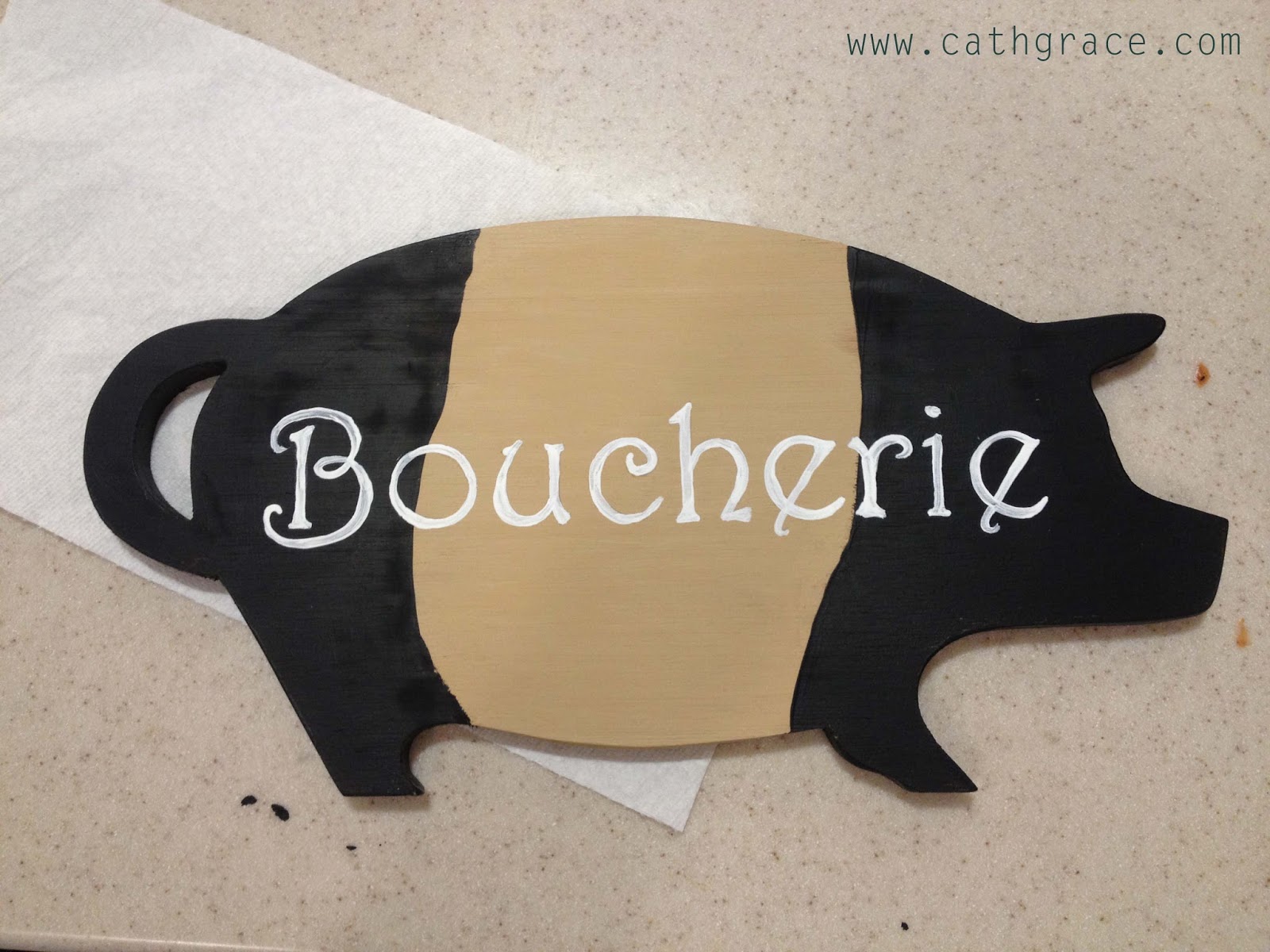 Lastly I sanded the whole cutting board with my mouse sander, and then I added a coat of food safe wax to the whole thing. I won’t be using mine a a cutting board, but rather as a sign on my kitchen back splash (I like the black being pulled into the kitchen off of the chalkboard wall.) 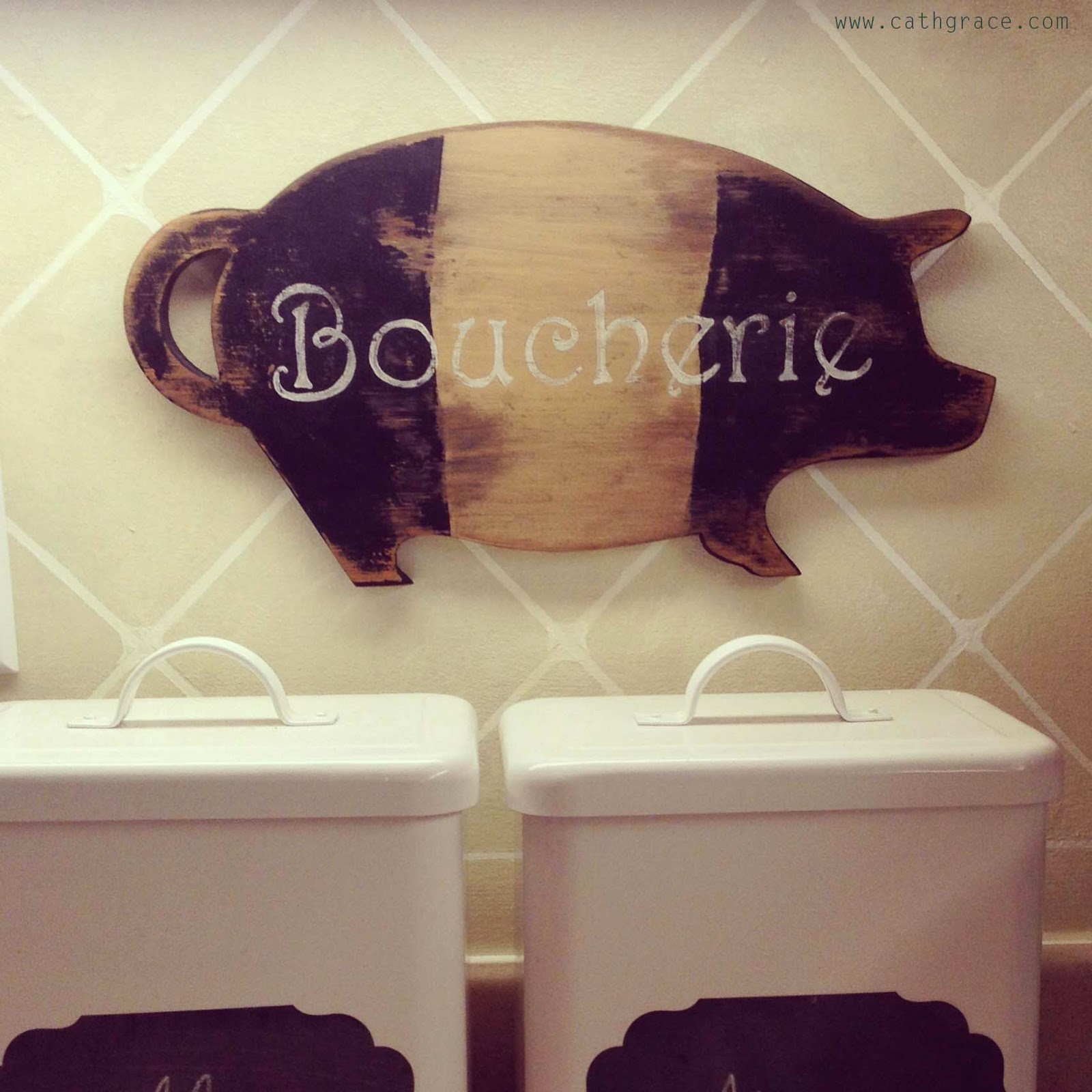 I hammered a picture hanger to the back, but if you wanted to use it as a cutting board as well, you could always put an eye hook on the top, and hang it from that. The second one is exactly the same, it’s a gift for someone special, and I hope that she likes it!!!
I can’t wait until the big blog reveal, so hopefully it doesn’t take too long!!!